Welcome to the SellMyTees Help Center

Have a question? Check out the FAQ's. Need help with desigining a shirt or setting up your store. Thats here too.

At a high level, understanding the typical culture at a high tech startup can be difficult for those who haven’t worked for one.  The best analogy I can think of is to put yourself back in time, to when you were between 8 – 12 years old.  Now, think carefully about the things that 8 – 12 year old boys like (at least, the geeky ones).  Video games.  Caffeine.  Scooters.  Toys.  Computers. Bean bag chairs.  Junk food.  This should help orient you, and brings you to the right frame of mind about t-shirts.

T-shirts are a part of that culture.  In part, t-shirts represent the ultimate middle finger to those unnamed sources of authority who wanted software engineers to dress like “Thomas Anderson” in the Matrix.  Software engineers want to be Neo, not John Anderson.

This leads us to the reasons why t-shirts matter:

In some ways, engineers delight in having found a profession where their intellect and passion for technology have enabled them to earn a great living and work at a company where – yes, you guessed it – they can wear t-shirts to work.  Giving out t-shirts tells your employees, implicitly, that you get it.  You hire only the best, and the best can wear whatever they want.  It says you know that you value merit over appearance; a working prototype over an MBA.

Over the past decade, behavioral finance has taught us that people don’t value money rationally – it varies depending on form and context.  You can bring a $20 bottle of wine to your girlfriend’s parents’ house and be thought a gentleman.  Handing her Mom a $20 at the door isn’t looked on the same way.   Let me just tell you, free t-shirts evoke some sort of primal response at a high tech company.  I’ve often said that I would see less interest at a high tech company handing out $100 bills than handing out free t-shirts.  High tech companies are filled with benefits that cost hundreds of thousands of dollars per year, benefit a minority of employees, and are generally under-appreciated financially.  You’d be shocked at what a $200 per person per year budget for t-shirts will do for employee morale comparatively.

There are a lot of reasons why many institutions require employees to wear uniforms.  Common appearance can be a reminder that the person represents the company.  More importantly, common dress signals who is “part of the tribe” and belongs to the corporate family.  Uniforms are incompatible with the “empowerment” aspect of how people want to dress, but t-shirts can represent a form of “voluntary uniform” if produced in sufficient variety and quantity.   This effect can be had at a team level, when a t-shirt is made just to celebrate a new product, or at the company level.  It has a profound effect on new hires, as well, who desperately want “a shirt” so they can fit in.  It may sound subversive, but t-shirts can provide many of the same benefits of camaraderie and tribal cohesion that uniforms did, without the top-down oppression.

High tech companies are largely meritocratic, and as they grow they tend to define roles based on skills & experience rather than “time at the company”.  However, there are positive aspects to rewarding those who have “bled for the company” over the years, and put their hearts and souls into building the business.  T-Shirts, in an innocuous way, implicitly do this by almost always becoming “limited editions”.  Want the t-shirt from the 2007 company picnic?  You had to be there to get one.  How about the shirt from the first intern program?   The launch of a game-changing new product?  Even shirts that are given out to the whole company will become rare at a company that’s growing rapidly.  In a socially acceptable way, t-shirts subtlely communicate a form of tenure that is warm, and yet structured.

As discussed under “Tribal Cohesion”, people want to wear the brand of their tribe.  They will wear them out everywhere if you let them.  Let them.  While being careful not to interfere with the uniqueness of shirts given to employees, make shirts for your developers, your fans, your early adopters.  Long before they become vocal advocates for your brand, they will gladly showcase it if you let them.  This tends to work best in relatively inter-connected, dense, techy cultures like Silicon Valley, but you’d be surprised how far your reach might be.  Of course, this assumes that you make shirts that don’t suck, but we’ll cover that in the next blog post.

Be the first to get the latest deals and design - Sign up for the sell my tees newsletter! 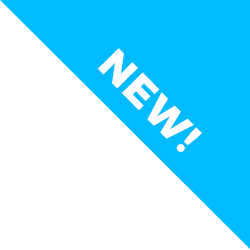