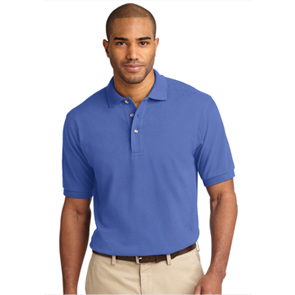 THE STORY ~ Workhorse of the aerial allied arsenal early in the war, the Curtiss P-40 was an all-time favorite airplane of World War II, even though its performance was often not equal to that of its opponents. It was the only United States fighter available in large numbers when the U.S. entered the war—there were no others. Though often slower and less maneuverable than its adversaries, the P-40 had a reputation in battle for extreme ruggedness.

The P-40 design was a modification of the Curtiss P-36 which reduced development time and enabled a rapid entry into production and operational service. The P-36 was designed by the talented Donovan Berlin, a name synonymous with the development of military aviation. Replacing the Twin Wasp radial engine with the streamlined, liquid-cooled Allison V-1710 that produced 1050 hp, he created a sleek airframe and modern fighter that was readily available in a time of great need. One of the distinctive characteristics of the new design was the location of the radiator and air scoop in the nose of the plane. (Think: shark’s mouth!). The aircraft’s first flight was Oct 14, 1938, and thereafter, it was quickly put into production.

The P-40’s first fame came at the hands of the now legendary Flying Tigers, Claire Chennault’s American Volunteer Group (AVG) in China, which began operation in December 1941. Flying P-40 Tomahawks (the name given the export model) his rag-tag group of ninety-nine volunteer pilots had incredible success against a superior Japanese enemy.

Chennault devised tactics that capitalized on the strengths of the P-40. It was heavier, faster and more sturdy than the Japanese fighters, and with six .50 cal machine guns, it out-gunned them as well. With armor around the engine and cockpit, it was still able to fly after withstanding considerable damage. Chennault’s tactics were to always fly in pairs, intercept, make a diving pass, avoid dogfighting, and dive away when in trouble. Properly handled and below 15,000 feet, it was lethal. The P-40 was never effective at higher altitudes because, due to the deficit of alloy metals—especially tungsten, there weren’t enough turbo-superchargers for production of the Allison engine. Priority went to bombers such as the B-17 Flying Fortress and later the P-38 Lightning. Clive Caldwell (RAAF) the leading P-40 ace with 28½ kills, claimed the P-40 had “almost no vices, and was faster downhill than almost any other airplane with a propeller.”

A photo from India’s Illustrated Weekly of a RAF Tomahawk with a shark’s head insignia was the initial inspiration for pilot Charles Bondin to paint one on his own plane. The exploits of The Flying Tigers made the shark mouth so famous that P-40 units all over the world copied them. The Flying Tiger image was a design provided by Walt Disney.

Over 13,738  P-40s were produced during WWIII, many of which were exported to U.S. allies, with a large number going to Russia towards the end of the war. It was the third most-produced American fighter, after the P-51 Mustang and the P-47 Thunderbolt.

The principal fighter when the U.S. entered WWII, the P-40 bore the brunt of fighting early in the conflict and made its place in history as the frontline fighter. Although it was not the best fighter plane of its era, it was among the most ubiquitous. Few aircraft have seen combat in as many theaters, under as wide a variety of climatic conditions or with as many different air arms as the Warhawk. It was truly one of the classic fighters of WWII.

Special note about this design:

PatentWear’s P-40 Warhawk image is based on Warhawk 81-A-2 No. 21, January-Febuary 1942, assigned to First Squadron Leaders Frank Schiel and Greg “Pappy” Boyington—later, commander of the Black Sheep squadron and Medal of Honor recipient, Rangoon, Burma.