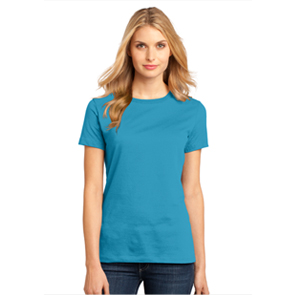 THE STORY ~ To tea drinkers, nothing is more cheering than the sound of a whistling tea kettle signalling that a piping-hot cup of tea is close at hand. The delicious taste and health benefits of tea combine to make it the most popular beverage in the world, with both a historical and cultural importance that can hardly be rivaled.

Considering that the tea plant (Camellia sinsensis) is indigenous to both China and India close to 5,000 years ago, it is impossible to know its true origin, although wonderful mythological tales abound from both cultures.

Tea leaves were initially rolled by hand, dried, ground into powder, and then formed into cakes that were dropped into bowls of hot water. For the next 500 years, the resulting thick mixture was considered medicinal in both China and Japan. The Ming Dynasty (1368-1644) popularized leaf infusion as we know it today, and thus, developed the need for an efficient—and later aesthectically-pleasing—vessel for brewing and drinking tea. No longer regarded as soley medicinal, people of both China and Japan began drinking tea for ceremonial purposes by the 15th century. The “cult of tea” in Japan reached its apex with cha-no-yu, the highly-formalized Japanese Tea Ceremony, a driving force for the artistic and stylistic evolution of the teapot.

Written records of tea kettles made from copper have been discovered from the sixteenth century. The word kettle originates from Old Norse ketill or “cauldron.” It was Dutch traders who first brought tea to America and, with them, the teapot. Today, the cultural aspect of the tea vessel thrives, and many tea veterans still cling to the centuries-old tradition of brewing tea in a metal pot. The patent depicted in our Tea Kettle design is just one of many hundreds of tea kettle designs created over centuries of use.

A thrifty tea merchant from New York named Thomas Sullivan is credited with inventing the first tea bag in 1908. He began packaging loose tea leaves in large silk muslin bags instead of the traditional and more expensive tins. During one of his regular delivery rounds, he noticed one of the local restaurants brewing an entire bag of tea leaves in a large pot. He then realized the idea’s potential. The patent for paper tea bags held by L.B. Eaton specifically states that it is “capable of enabling rapid extraction of the tea liquor to take place during the use of the bag.”